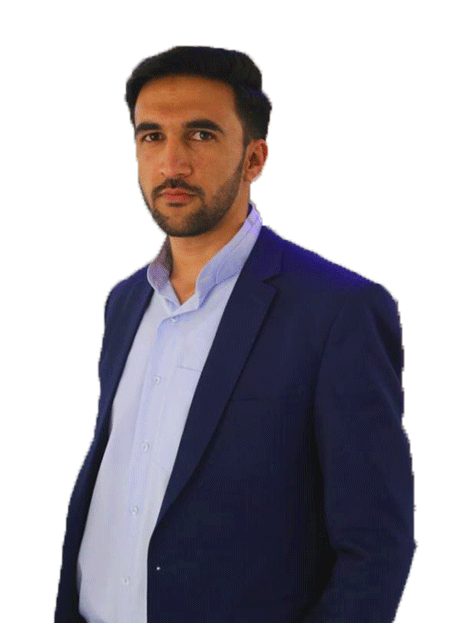 Professor Seyed Mehdi Haidari was born in 1989 in Gardez city. He completed his primary education up to the twelfth grade in Abdolhai Gardizi High School with a high degree. In 2010, after passing the entrance exam, he joined the Faculty of Physics in Kabul University, and in 2013, he successfully graduated from the bachelor's degree in physics. During his studies in physics, he studied computer science, English, leadership, etc., and succeeded in obtaining degrees in various fields such as information technology, ICDL(International Computer Driving Licence), English certificate, Leadership, etc.

In 2016, he left for the Islamic Republic of Iran through a scholarship and continued his master's degree in Islamic philosophy and theology. After graduating with honors in 2018, he graduated from this field and returned home. During these two years, he has been an active member of Andisheh Pouya magazine and has worked in various cultural and social sectors. In 2018, he was accepted as a professor in the Department of basic science at Ghalib University, and he is the current professor of this university.