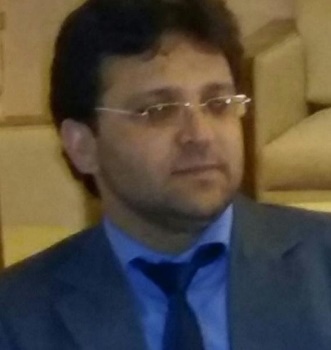 In June 2002 after passing Cadre exam, he was hired as a lecturer of physiology, at Kabul medical university (now Kabul Medical Science University). He worked as lecturer at physiology department for three years and thought human physiology for 2nd and 3rd year curative and stomatology faculty students.

In July 2005 after passing another cadre exam in surgery principle, he was hired as the member of Thoracic Surgery department of Kabul Medical University at Aliabad Teaching Hospital. He was teaching assistant until 2009, meanwhile he was getting training of specialization in General Surgery at the same Aliabad teaching hospital from 2006, and became specialist of general surgery in 2011.

From 2009 to 2016, he was lecturer at the same thoracic surgery department of Kabul Medical University and was teaching thoracic surgery to grade 5 of curative medicine and stomatology students, and also was doing practical works with grade 5 and house job students of the same faculties.

From March to May 2008 successfully completed general sonography training (theory and practical) held by Afghan Doctors Association and the ministry of public health, in Kabul.

In 2009 he participated Teaching Training program in Tokyo university of Japan for two months and learnt the modern teaching methods for medical students (OSCE, PBL, CBL and practical working on simulators)

Since 2016 Up to now he is working as the Honorary Chancellor of Ghalib University (Kabul Branch)and  works remotely (from Toronto Canada), participate in academic and administrative councils remotely ( all other works are done by acting Chancellor of the university who is always available in university).

He is active member of Associations:

May-2006 up- to -date: Member of Afghanistan Medical Doctors Union

Sept 2008- up to date: member of Afghanistan Universities Lecturer’s Union

March 2017 up to now: member of ANSS (Afghan Network for Social Services) Toronto, Canada and is the active member of its health Committee and provided volunteer services to communities along GTA, specially during Covid-19 Pandemics.

Languages he Can speak, read and write (Pashto, Dari and English) fluently and he can speak Urdu very well and Arabic fair, he is also familiar with French.